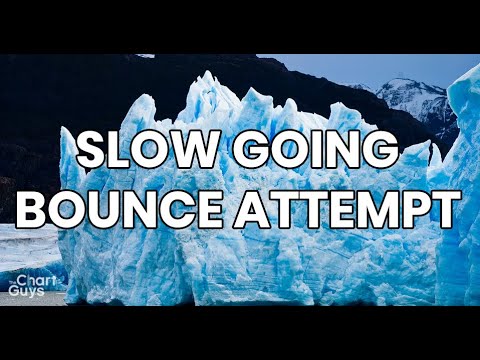 Welcome to Komodo. A Beginner's Guide.

Overview: the basics of the Komodo ecosystem.

What is a privacy coin? Privacy coins implement various protocols to create a layer of privacy between blockchain transactions. This can be utilized to prevent blockchain traceability or provide different levels of privacy for data stored on the blockchain.

What is Jumblr? A decentralized cryptocurrency shuffler that allows your transactions to become incognito and protects them from being traced through a time or knapsack attack. It adds a privacy layer to your transactions because after your coins are Jumbled, an analysis of the amounts that went in or times that they came out is futile. This function is unique to Komodo and does not require third parties.

2. Security: a secure and robust consensus mechanism called delayed Proof of Work (dPoW) that protects your funds and our ecosystem. This unique technology uses a notarization process to create a backup of the entire Komodo blockchain onto the Bitcoin blockchain thereby increasing security and resilience. This happens roughly every ten minutes. The backups are then saved (notarized) onto the Bitcoin blockchain because it has the highest hashrate available. So even if Komodo suffered a devastating attack (which is extremely unlikely), the Komodo blockchain would merely revert to the most recently notarized copy of the chain. If Bitcoin loses superiority in terms of hashrate the dPOW mechanism can be switched to another blockchain on demand. Hence, Komodo is the most flexible platform to build on and one of the most secure.

What is hashrate? A proof of work blockchain needs a lot of calculations. Hashrate is the way it is measured. The amount of data hashed in a given time by a machine. It is a unit used to define the amount of calculations made by a machine. When you add all the machines together you have the hashrate for that blockchain (here’s a great chart that illustrates it). It's like a river of transactions and the broader and wider it is, the harder it is to manipulate it.

3. Freedom from middlemen: a decentralized exchange (DEX) called BarterDEX, with a fully working order book, powered by our world-class atomic swap technology. This reduces risk and transaction fees. Komodo’s atomic swaps work between Bitcoin protocol and ERC20 tokens which means we can support over 95% of all the tokens and coins in existence. Our decentralized exchange offers ‘liquidity power-ups’ which mean that you can place more than one buy order with the same funds (i.e. pick your top 5 coins and if any of them drop below 50% of their value you’ll buy it and cancel the other orders at the same time) which means your funds have a greater value! On top of all that, Komodo’s DEX has fast transaction speeds and super low transaction fees (0.15%). You can find live BarterDEX and Komodo Stats here: https://dexstats.info/index.php.

What are atomic swaps? Atomic swaps are a method of trading cryptocurrencies peer-to-peer, directly from one blockchain to another, without the need to trust a third-party. Here is a good article to read that will take you about 11 minutes ‘Atomic Swaps & Etomic Swaps, Explained in Plain English’ written by John Westbrook on Medium.

Why do YOU want an exchange to be decentralized? A centralized exchange is a third party and requires you to trust them with your funds. If they’re hacked you’re at risk of losing your funds. Centralized exchanges also require you to trade between pillars (i.e. BTC or USDT) which can involve higher transaction fees and a greater number of trades than necessary to swap the token you have for the one you want (i.e. DOGE sell to BTC to buy KMD is two trades when all you really want is DOGE to KMD).

4. Independence: decentralized ICO crowdfunding and scalability solutions for blockchain startups.
You can think of a blockchain as a motorway and if you build a project on the same blockchain as other projects you will be impacted by how well the other drives behave, or by the motorway introducing tolls, or you could suffer from congestion (i.e. if you’re familiar with how crypto kitties caused ETH transaction fees to greatly increase and transaction speeds to slow down then you’ll understand multiple projects on one blockchain cause a scalability and independence problem ).
Komodo offers parallel chains which mean a project or decentralized ICO is given its own chain which uses Komodo’s technology. This also solves the scalability issue because using the motorway analogy we can simply open more lanes for a project with a high amount of congestion. This is possible because of the dPOW notarisation. It allows projects to launch completely independent blockchains.
Every independent blockchain created on Komodo Platform is automatically integrated into Komodo’s BarterDEX (DEX) which means they have instant access to liquidity for their token and their community can buy and trade immediately. If you compare this to a centralized exchange where projects are often met with a list of onerous demands and fees to be listed and risk being delisted then you’ll understand how important this is for any project especially smaller teams and decentralized apps (dAPPS).

5. Universal Wallet: the Agama Wallet is a universal secure, multi-coin wallet to store funds on and claim the 5% reward for your $KMD tokens. There is also a paper wallet available if you would prefer a cold storage option for those who want to maximize their security.

Where to buy $KMD

Thank you for reading this far. If you have any suggestions for how we can improve this guide or any questions please leave your commments below.

I would like to warmly welcome everyone to waltonchain
This is an updated, extended community-written post and I will try to update it regularly over time.

Please respect our rules (see sidebar) and feel free to comment, contribute and ask questions.
Don’t forget to subscribe to the subreddit for any news on Waltonchain!

The Waltonchain Foundation is building a cross-industry, cross-data sharing platform by integrating Blockchain with the Internet of Things through self-developed RFID Chips with intellectual property rights.
The in-house developed Waltonchain RFID chips integrate a proprietary, genuine random number generator and an asymmetric encryption logic and hardware signature circuit, all of which are patent-protected.
The combination of self-developed RFID chips and the Waltonchain blockchain will ultimately achieve the interconnection of all things and create a genuine, believable, traceable businessmodel with totally shared data and transparent information.
Waltonchain will unfold a new era of the Value Internet of Things (VIoT).

The Waltonchain team has formulated a 4-phase development plan, starting from infrastructure platform establishment to gradually incorporating retail, logistics and product manufacturing, and to finally achieving the full coverage of the business ecosystem.

As for the phase 1.0 of the project, the team has developed the clothing system integration scheme based on RFID. The application scenarios at phase 1.0 will establish Golden demonstration template
At phase 2.0, our RFID beacon chip will be massproduced and can be used in clothing, B2C retail and logistics.
At phase 3.0, manufacturers will achieve traceable customization of intelligent packaging.
At the project phase 4.0, with the upgrading and iteration of assets information collection hardware and improvement of blockchain data structure, all assets can be registered in Waltonchain in the future.

Please note that before the token swap,
DO NOT transfer your ERC20 WTC tokens to the WTC wallet!!

Xu Fangcheng (许芳呈) – Initiator in China
Chinese, majored in Business Management, former Director for Supply Chain Management of Septwolves Group Ltd., has rich practical experience in supply chain management and purchasing process management. Currently, he is the Director of Shenzhen Silicon, the Director of Xiamen Silicon and the Board Chairman of Quanzhou Silicon. He is also one of our Angel investors.

Mo Bing (莫冰)
Chinese, Doctor of Engineering (graduated from Harbin Institute of Technology), Research Professor of Korea University, Distinguished Fellow of Sun Yat - sen University, Internet of Things expert, integrated circuit expert, Senior Member of Chinese Society of Micro-Nano Technology, IEEE Member. Has published more than 20 papers and applied for 18 invention patents. Began his research of BitCoin in 2013, one of the earliest users of btc 38.com and Korea korbit. Served as Technical Director of Korea University to cooperate with Samsung Group to complete the project Multi sensor data interaction and fusion based on peer to peer network. Committed to the integration of block chain technology and Internet of Things to create a real commercialized public chain.

Wei Songjie (魏松杰)
Chinese, Doctor of Engineering (graduated from the University of Delaware), Associate Professor of Nanjing University of Science and Technology, Core Member and Master Supervisor of Network Space Security Engineering Research Institute, Block Chain Technology expert in the field of computer network protocol and application, network and information security. Has published more than 20 papers and applied for 7 invention patents. Previously worked at Google, Qualcomm, Bloomberg and many other high-tech companies in the United States, served as R D engineer and technical expert; has a wealth of experience in computer system design, product development and project management.

Lin Herui (林和瑞)
Chinese, Dean of Xiamen Zhongchuan Internet of Things Industry Research Institute, Chairman of Xiamen Citylink Technology Co., Ltd., Chairman of Xiamen IOT. He successively served as Nokia RD Manager and Product Manager, Microsoft Hardware Department Supply Chain Director. In 2014, started to set up a number of IoT enterprises and laid out the industrial chain of the Internet of Things. The products and services developed under his guidance are very popular. Assisted the government in carrying out industrial and policy research and participated in planning of multiple government projects of smart cities, IoT towns and project reviews.

Zhao Haiming (赵海明)
Chinese, Doctor of Chemical Conductive Polymer of Sungkyunkwan University, core member of Korea BK21th conductive polymer project, researcher of Korea Gyeonggi Institute of Sensor, researcher of Korea ECO NCTech Co., Ltd., Vice President of the Chinese Chamber of Commerce, Director of Korea Sungkyun Technology Co., Ltd. He has been engaged in transfer of semiconductor, sensor and other technologies in South Korea. He is an early participant of the digital currency market.

Liu Cai (刘才)
Chinese, Master of Engineering, has 12 years of experience in design and verification of VLSI and a wealth of practical project experience in RFID chip design process, SOC chip architecture, digital-analog hybrid circuit design, including algorithm design, RTL design, simulation verification, FPGA prototype verification, DC synthesis, backend PR, package testing, etc. Has led a team to complete the development of a variety of navigation and positioning baseband chips and communication baseband chips, finished a series of AES, DES and other encryption module designs, won the first prize of GNSS and LBS Association of China for scientific and technological progress. Finally, he is an expert in the consensus mechanism principle of blockchain and the related asymmetric encryption algorithm.

Yang Feng (杨锋)
Chinese, Master of Engineering, worked at ZTE. Artificial intelligence expert, integrated circuit expert. Has 12 years of experience in VLSI research and development, architecture design and verification and 5 years of research experience in artificial intelligence and the genetic algorithm. Has won the Shenzhen Science and Technology Innovation Award. Has done an in-depth research on the principle and realization of the RFID technology, the underlying infrastructure of blockchain, smart contracts and the consensus mechanism algorithm.

Guo Rongxin (郭荣新)
Chinese, Master of Engineering, Deputy Director of the Communication Technology Research Center of Huaqiao University. Has more than 10 years of experience in design and development of hardware and software for embedded systems, works on the long-term research and development of RFID and blockchain technology in the field of Internet of Things.